Gold for Singapore! So exciting 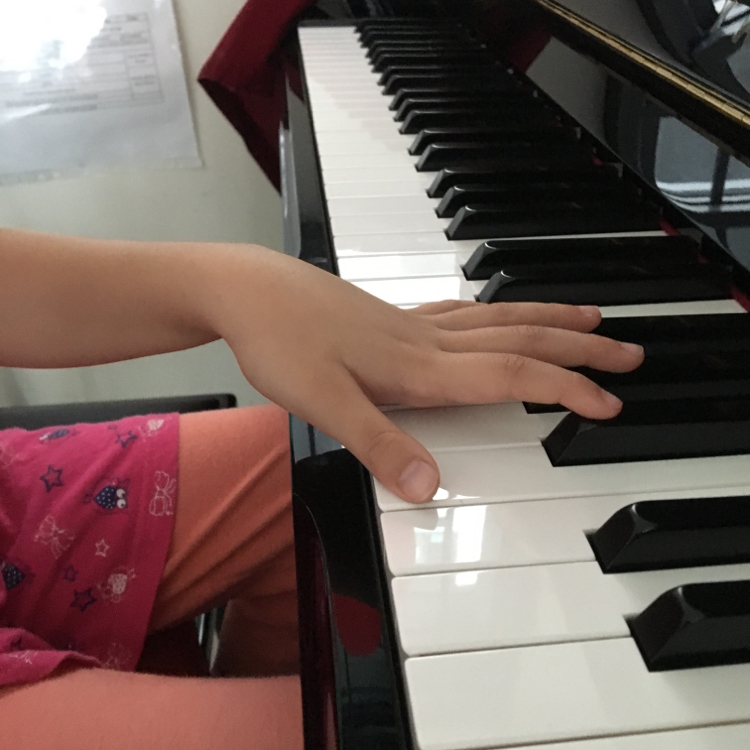 Teaching correct hand position today. This is madness I don't think I can be a piano teacher 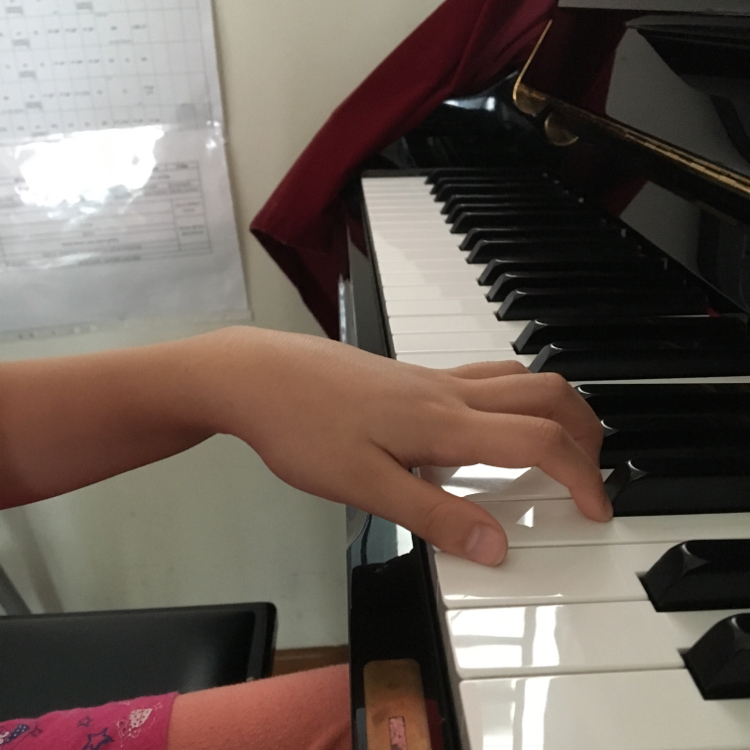 This is her problem. Wrists up and the fingers no strength. 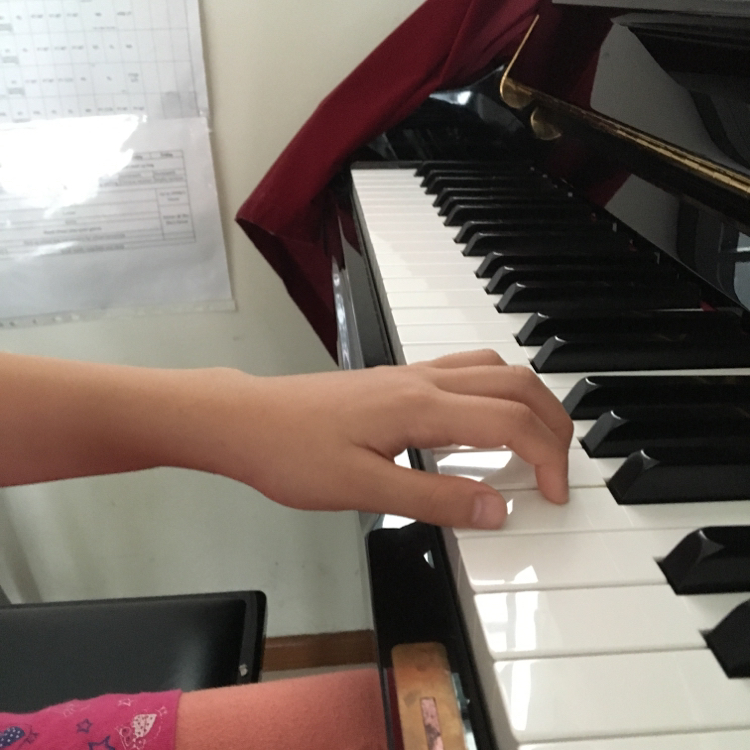 My attempts to correct. I have used a coin, a ruler, lots of imagery and this is the best she can do. 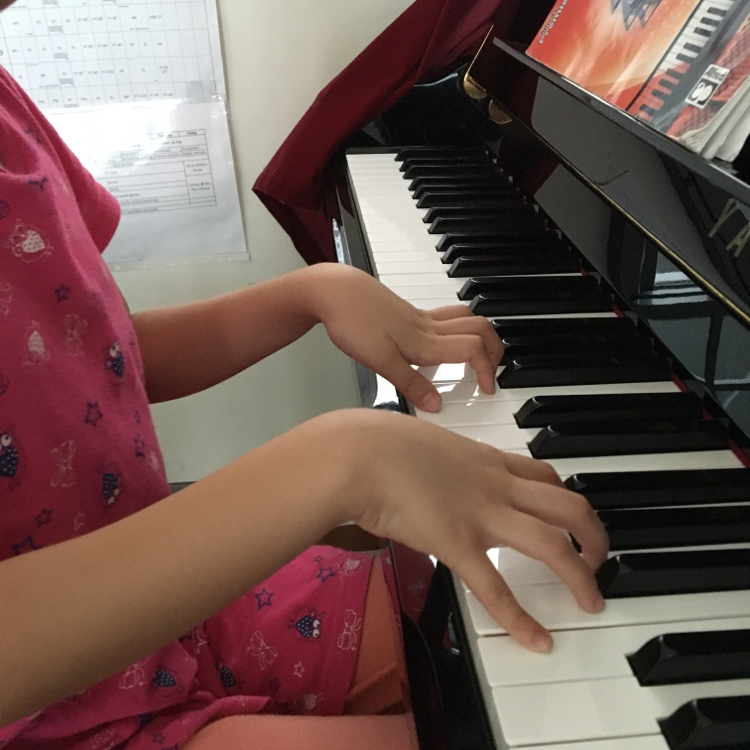 But once she starts to play the wrists come up again. Is this what all beginners do?

Sometimes I wish i didn't send her to the CC; the teacher didn't teach her the proper technique and even though she knows the notes now she plays so painfully.

Actually I don't know why I'm so insistent she learns the piano. She does like it (does all her theory work promptly, ready to practice on the piano when I ask her to) but her hands are so weak and her general posture is NUA so I have to stop her even before she plays.

Then I get all frustrated and yell-y. And I hate that we put pressure on her. But it's just the beginning and all beginnings have lots of bumps right?

She got all teary and sad because she couldn't get it right. So I'm left feeling like the worst mother in the world.

Ok my ultimate goal is for her to learn this skill so she can serve in church. So she doesn't need to be super fantastic, but basic techniques and ability to read score is important. And learn how to keep on going even when things look down.

LIFE SKILLS. That's all I need.

The Husband's flight was delayed due to thunderstorm and now he won't be back till MONDAY.

Please let the rain go away.

Wow all the news is about Schooling now. Interesting facts that I've gleaned

1.He looks short on tv but he's actually 1.84!! Probably cos Phelps is a giant. Apparently his parents sent him for some bone test to see how tall he would become and he is/was going to be 1.9, making it ideal to participate in high level sports.

3. He's the first ever Singaporean athlete to get a long term deferment from NS. Which really paid off, seeing that he won a 🏅! But also he had to go overseas to train to get to that level. Maybe there are some aspiring swimmers but they lack the financial resources to reach this level?

4. His mom is a straight talker. And she fights for him. I want to fight FOR my children too, not fight WITH them….

5. Gold this year, 2020 and beyond? That's what his mother predicted in 2013? (Ok not predicted, but she said he can still participate all the way till he's 29.) super cool man to know that this is the start to greatness. Provided he doesn't burn out.

6. Lame jokes abound about his name. Like schooling day vs public holiday. Wonder what's the origins of his family?