At the preview!! Got the tickets through balloting from OWC. The Husband was super happy cos he's patriotic. Me? I just like a good party!

Only at the preview we will have such good seats…haha! 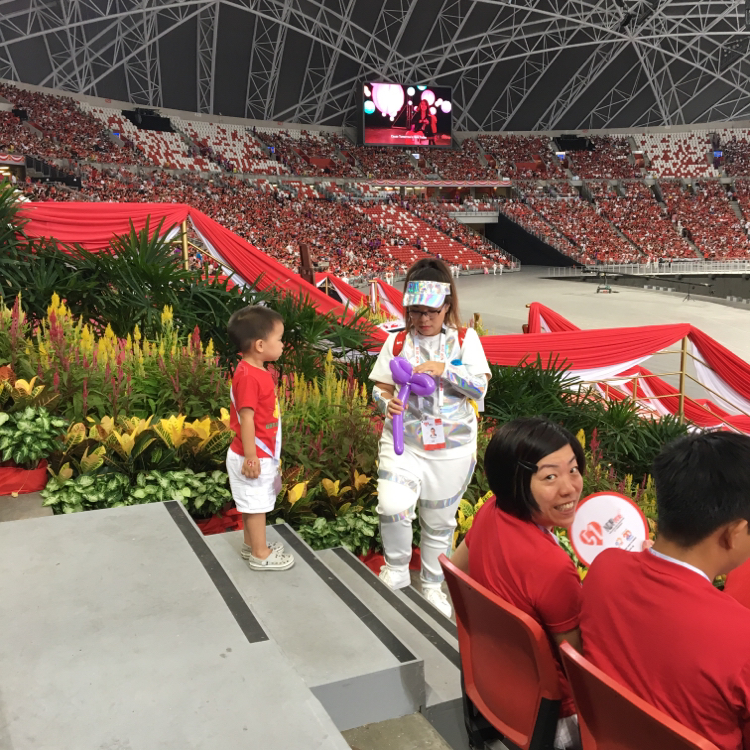 My son is serious about balloons. But the cheerleaders were really nice and folded a dog and a flower for him.

But there was a real acting president around. Didn't catch him name though oops.

The girls were very tired by the time the show stsrted. Also because they were jumping around this morning. 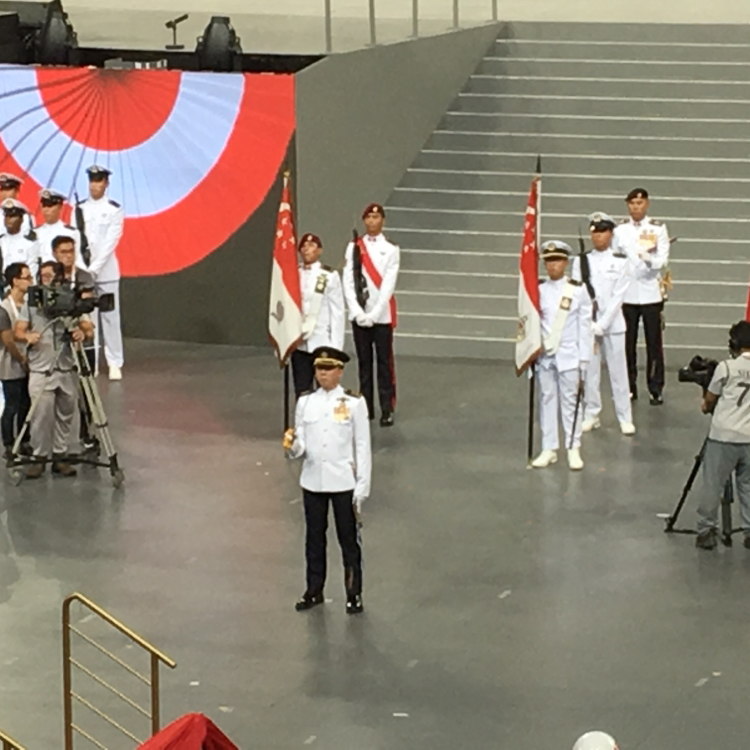 The parade commander! He was the Husband's ex boss so must take close up.

His wife is a superwoman; she looks after 3 children with no help (I think) And can tahan weekends sans husband. 佩服！ 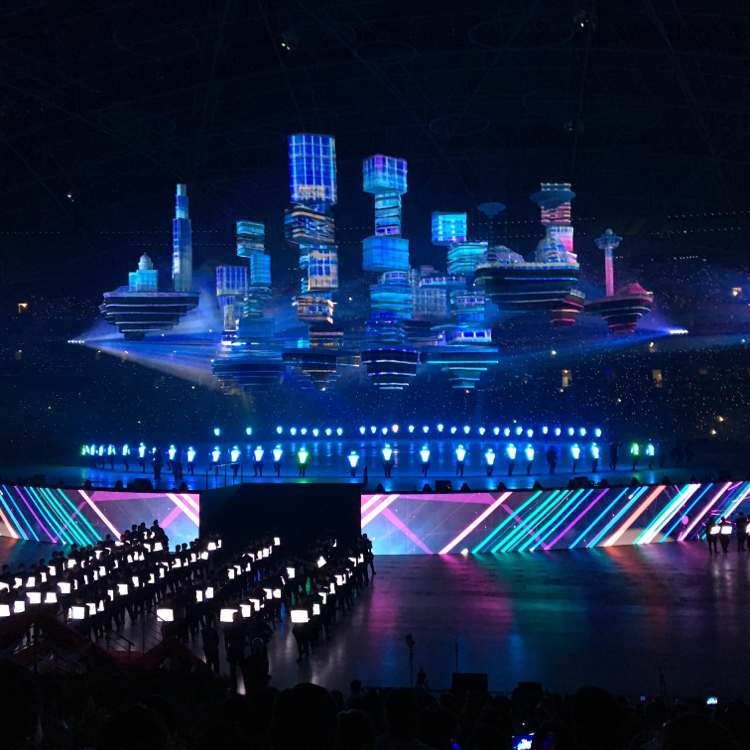 The set was really beautiful. It was nice and cool and no sun. Def better than the floating platform.

Only thing is can't see the fireworks outside. We caught bits of it through the hole in the roof and they had indoor fireworks, but nothing beats the night sky lit up.

The legend of Badang. First time hearing about it quite hilarious!

Oh there was some community sports event downstairs this morning. Kin ball sounds really interesting but the kids were more into just running and screaming with the ball. Kudos to the guy in charge of the station!

Just checked out some kin ball videos in YouTube…it's a really physical sport! 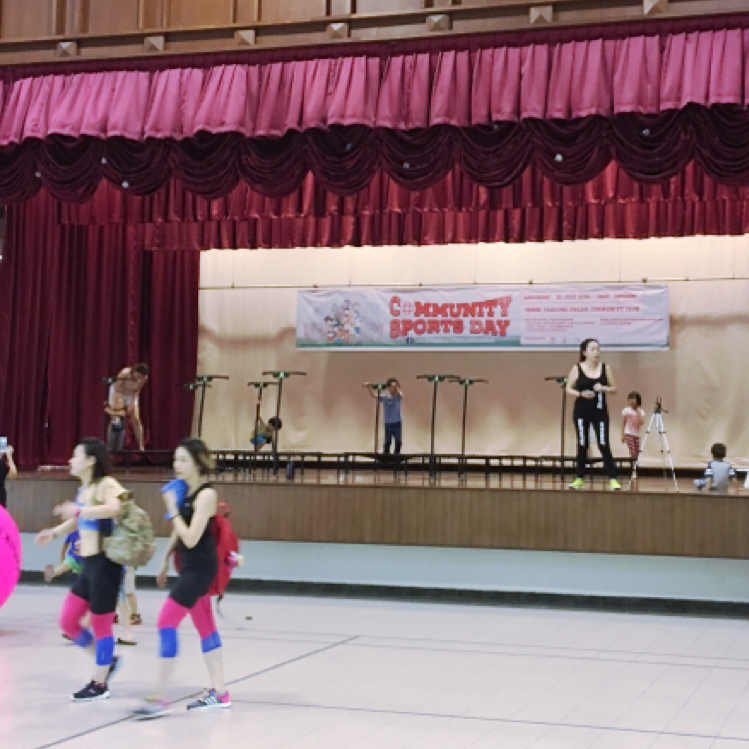 There was a jumping fitness station too. Dominated by the children who are way more fit then the instructors (: