11 months old today and extra clingy! He's down with either flu or cold so there's lots of mucus and whining.,,

Poor baby! For no1 she didn't fall sick till after a year old cos there was no one to spread diseases to her, no2 fell sick occasionally after 6 months, but this poor soul has been sick nearly every other month since 4 months because of all the germs from his sisters. They love to kiss and hug him with their sticky lips and grubby hands… 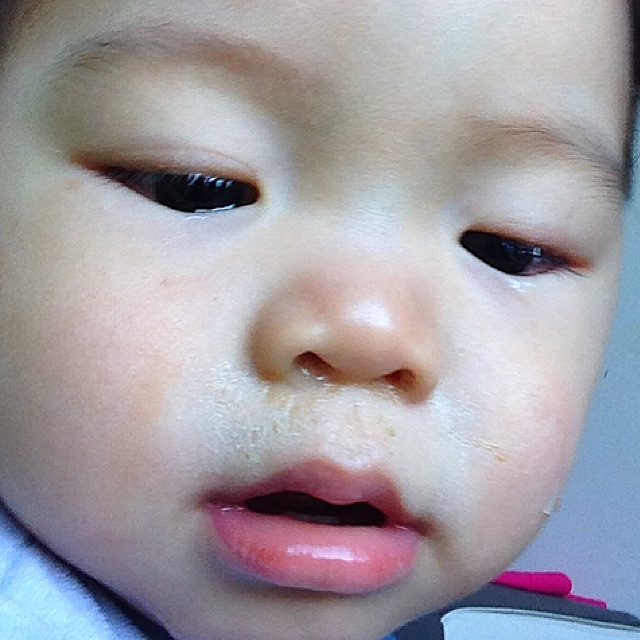 Nothing stops the whining except mummy…or staring at himself in the phone.

I've been using saline solution and this pigeon nose cleaner to suck out all the mucus. Lemme tell you, this picture is a LIE!!!! The minute super pooper sees the cleaner he starts wriggling like crazy, his face turns red and there's lots of head turning action so I'm always afraid I'll jab his eye. Then I have to make sure that the tube is straight and suck carefully in case the mucus goes there…

But it's so SHIOK to see the goop in the bottle haha!